A Compilation of Articles for Aspiring Programmers

This is a great article i found in one of my FB groups i wanted to share...


A compilation of articles for aspiring programmers
LAMBERT ANTONIO·SUNDAY, DECEMBER 9, 2018
I’ve been reading the same thing over and over so I thought I’d make a list which I can point beginners to, but before that here’s a bit of a disclaimer: Scroll if you want to skip my babbling and just find the links. Parts of this compilation are some articles that I strongly believe should be read specially if you aspire to be programmers. Some of my comments may sound like a rant but believe me it is not, it is better that you get the bad habits out now before it becomes part of you permanently.
Now, you may ask “Why do this when people can ask questions and get answers from willing people”. Well, it’s not just because I and some others think you are being lazy, it’s just that your laziness is out-of-place. A good programmer needs to be lazy, I’m sure you’ve heard of that, but it doesn’t mean you don’t have to do your work.
Laziness means a different thing when it comes to programming, it doesn’t mean not making an effort, here’s a good read of what it is about.
>> The power of lazy programming
Often I see people asking someone to teach them and I often answer, what do you want to do? I think people are jumping into programming blindly so I thought these might be of help:
>> A Beginner’s Guide to Programming Languages >> How to Start Coding – Beginner’s Guide >> Learn to Code: The Full Beginner's Guide
I also often see people asking what’s the best this and what’s the best that, this I say that it is subjective and you should try it out for yourself, anyway, here are some articles that might help that realization:
>> What’s the Best Programming Language to Learn First? It Depends >> There Is No Best Programming Language >> Why isn't there a common/universal programming language?
For aspiring programmers, regardless of what they dream to do part of it is income. Of course to some passion is important, but if this is not your passion and it’s not about the money I would suggest to look at these:
>> Computer Programmers - Career, Salary and Education Information >> What do programmers generally do all day at work?
Skill is not the only requirement to be a productive programmer, behavior as well as attitude is as important, some of it are listed here:
>> 29 Behaviors That Will Make You An Unstoppable Programmer >> Attitude of a professional programmer
Part of my trolling is spent most of the time for people posting their home works, not only it is bad habit but it also attracts people to spoon feed them which is much worst than that. It’s not bad to help people but I believe that when you spoon feed people you are making them dependent to you and possibly a risk to anyone who will hire them. Here are some articles to give you an idea as to where I am coming from:
>> Why Can't Programmers.. Program? >> 199 out of 200 programmers don’t have programming skills … does it really matter?
Lastly, I’m sharing an article which also been one of the topics at Google talks. I think this applies to all.
>> The Myth of the Genius Programmer >> Learning Programming: 10 Misconceptions That Are Not True 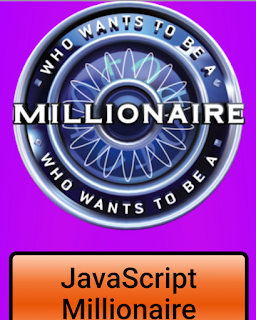 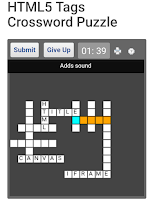 Multi-tap Keypad Text Entry This is a fun code to show how many taps were required to send messages via numeric keypads. *Featured Code Submitted and Created By  VENOM666 # Multi-tap Keypad Text Entry (from Codewars) # by: VENOM666 """     Prior to having fancy iPhones, teenagers would wear out their thumbs sending SMS messages on candybar-shaped feature phones with 3x4 numeric keypads.     Prior to the development of T9 (predictive text entry) systems, the method to type words was called "multi-tap" and involved pressing a button repeatedly to cycle through the possible values.     For example, to type a letter "R" you would press the 7 key three times (as the screen display for the current character cycles through P->Q->R->S->7). A character is "locked in" once the user presses a different key or pauses for a short period of time (thus, no extra button presses are required beyond what is need
Read more